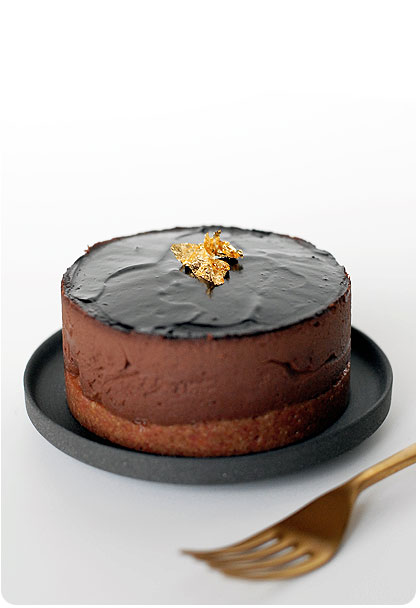 Ever since returning from Barcelona, I have been slightly obsessed with peta zeta, or as we say in English, pop rocks. It’s Oriol Balaguer‘s fault. When we were in Spain, one of the must-visit places on my wife S’s itinerary was Balaguer’s boutique. She’s been slightly obsessed with this genius chocolatier ever since a pastry chef friend gave her Balaguer’s cookbook as a present some years back. Balaguer’s Barcelona boutique is a very small, chic corner space, located in the middle of a wealthy residential neighborhood. (It is also just around the corner from the showroom of Tresserra, an amazing Spanish furniture brand I am currently in love with but cannot afford — and probably won’t be able to for decades to come.)

As you can imagine, we tried many of Balaguer’s chocolates and even some of his pastries. Everything was delicious, but one thing in particular blew me away — his pop rock filled chocolate truffles. These were simply fabulous, not just because they were made with the very best chocolate but because they were fun. Really fun. I hadn’t eaten pop rocks in years. In fact, I wasn’t even aware that these effervescent candies were still being made. 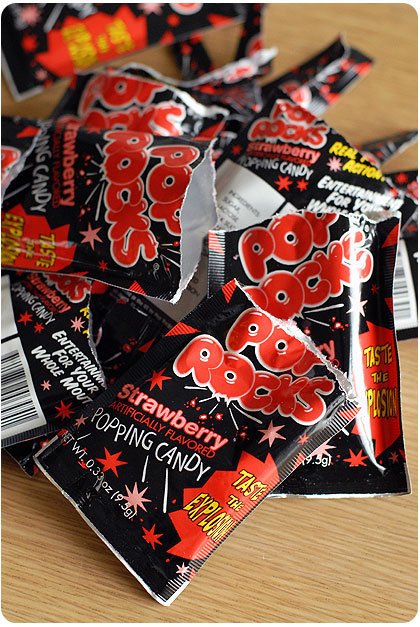 Pop rocks, for those of you who have never had them (and I was amazed to discover that one of my colleagues and a close friend were among those unfortunate few), is a carbonated candy that releases carbon dioxide when popped into one’s mouth. The candy pops and sizzles on the tongue, which makes your whole mouth tingle in the most delightful way. One of the most amusing facts about this candy is that for some strange reason, back when it was really popular, some freaks started spreading a rumour that if you ate pop rocks and drank Coke at the same time, your stomach would explode. Obviously, this isn’t true, but countless kids did try and test the theory for themselves.

The Balaguer peta zeta truffles were so outstanding that the day before departing Barcelona, S and I went back to the boutique in order to purchase several boxes, for ourselves and a few friends. Of course, these lasted only a week or two. Since then, I have been sporadically doing research of how we home-chefs can play with pop rocks in our own desserts.

The first thing I had to do, of course, was get my hands on some pop rocks. Thank the gods for eBay. A couple clicks and within a week, a carton of 36 packets of pop rocks (half of them strawberry flavoured and the other half watermelon) was delivered to my door. As you might imagine, there aren’t a whole lot of interesting recipes out there. Most of them were the “sprinkle your pop rocks on your finished dessert” variety, which to me seems like a bit of a culinary cop-out. Then I found Heston Blumenthal’s “popping-candy chocolate cake”, a chocolate mousse cake built over a hazlenut and pop rock base. The recipe seemed promising and relatively easy to make.

The pop rocks are mixed into melted milk chocolate. This in turn is mixed into a hazelnut paste and pressed into the bottom of a ring mould (Heston suggests making one cake using a 12cm ring mould but S and I used 9cm moulds and discovered that his recipe provides enough to make 3 smaller cakes). This becomes the base of the cake. From the pictures, you can tell that we really should have made the base quite a bit thinner (but hey, this was our first attempt).

The mousse was rich and tasty. Very delicious in fact. But when chilled, it became dense and a little too heavy for our tastes. S and I have decided that if and when we make another popping-candy cake, we’ll use a light gelatin-based mousse a la Hidemi Sugino (i.e. a Japanese style mousse cake). 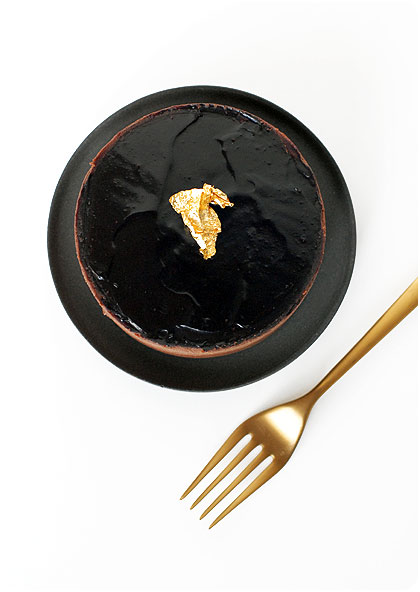 That said, the cake was fun to make and even more fun to eat. We ate one, gave one to our colleagues, and another to a friend (the one who had never had pop rocks before). I have 26 packets of pop rocks left so I plan on experimenting a little more. Here’s the recipe in case some of you can get your hands on some pop rocks and want to try the recipe also.

To make the base, preheat the oven to 180C/ 350F/Gas Mark 4 and roast the hazelnuts for about 10 minutes until lightly coloured. Blend to a paste in a food processor, then set aside. Melt the milk chocolate in a bain-marie (a large basin over a saucepan of simmering shallow water — take care that the water does not touch the basin) and stir in the ginger spice and popping candy. Next, fold in the hazelnut purée. Place the 12 cm ring mould on a serving dish and gently press in the base mixture to a depth of about 1cm. Refrigerate for at least 2 hours, until hard.

To make the mousse, chop the chocolate into small pieces and place in a metal bowl. Bring 150ml of the cream to the boil in a small saucepan. Pour it over the chopped chocolate and stir extremely gently until all the chocolate has melted, watching carefully to ensure it doesn’t take on a granular texture. Add the salt to taste. Once the chocolate cream has cooled to room temperature, lightly whip the remaining 250ml cream to soft peaks, but do not overwhip. Fold into the chocolate mix. Pour over the base in the ring mould and place in the fridge to set for two hours.

To make the glaze, chop up the chocolate and set aside. Place the water, coffee beans and salt in a pan, whisk in the cocoa powder, then set over a medium heat and simmer for about 3 minutes. Meanwhile, put the sugar in a small pan and melt over a medium heat. Unrefined sugar will caramelise quickly, so keep an eye on it; when it does, pour over the coffee and cocoa mix — stand back, as it will bubble and spit. Beat in the chopped chocolate and, when melted, pass through a fine sieve. When cool, but still liquid, pour over the mousse to your preferred depth and return the cake to the fridge to set.

To serve, run a hot knife around the inside of the ring before removing the cake. When slicing it, again make sure the blade of the knife is nice and hot.